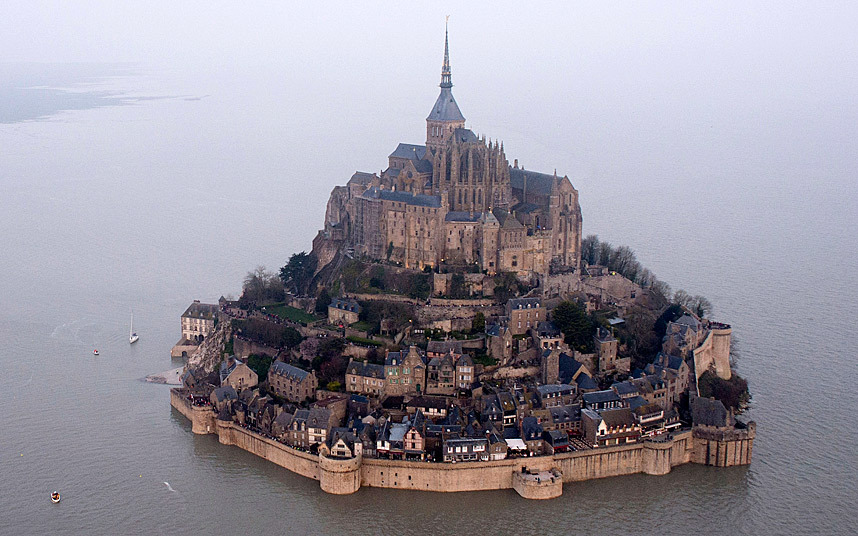 The causes of tides

The tides are caused by two things.

Here is how the moon creates tides: it pulls on the oceans, which cause them to slosh into an American football-shape that points at the moon. As the earth spins the peak of the football sloshes across different locations, causing a high tide roughly once per day.

There is a stronger tide roughly twice per month, whenever the sun and the moon align, and in particular when there is a new moon.

Now, a new moon can cause a solar eclipse under much rarer circumstances, whenever the moon’s shadow happens to pass across your location. (For an explanation of why there isn’t an eclipse on every new moon, try this.) It is the monthly new moon, rather than the rare location of the shadow, is the cause of the tide — not the eclipse!

The physics of the supertide

What are the physics that gave rise to the supertide? There are two main factors.

First, there is an especially strong tide when the sun and the moon align and the moon is closer than normal to the earth. This location is called the Perigee, and the stronger tide is called a Perigean tide, occurring a few times a year.

Second, there is an especially strong tide when the sun and the moon align and the earth is closer than normal to the sun. This is called a Spring tide, and happens every Spring, but is strongest nearest to the Equinox.

If all three things happen at once, then one gets an especially strong tide called a Perigean Spring tide.

That is the real cause of the Supertide. It is because the earth, moon and sun looked like this:

Here is the summary of what makes a tide stronger than normal.

The Supertide was just a Spring Perigean tide that occurred the day before the equinox. That is the main reason that it was so strong. It is also possible that it was augmented by the effects of global wind.

In summary: the supertide in Western Europe was caused by the New Moon, Perigee and Spring tide occurring at once so close to the equinox. What is silly is that our friends over at the Daily Mail reported this occurrence, but still decided to report that the eclipse caused the high tides. The New Moon was also part of the cause of the eclipse. But the eclipse did not cause the supertide any more than yellow teeth cause lung cancer.