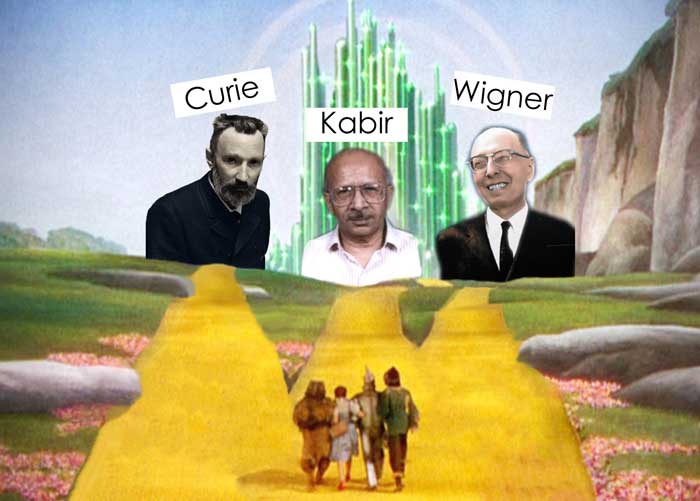 Last year I had a back-and-forth Abhay Ashtekar. It was during a lively conference organised by Emily Grosholz and hosted by the Center for Gravitaiton and the Cosmos where Ashtekar is director. Our discussion was about the arguments underpinning the evidence for time asymmetry in fundamental physics.

Our discussion has finally come out in a special issue of Studies in History and Philosophy of Modern Physics:

Here’s a cheerful little essay on what our discussion was about.

We all experience asymmetry in time. We’re not getting any younger. We smash glasses, but don’t un-smash them. We notice cigarette smoke dissipating but never compressing back into the cigarette.

However, in the mid-20th century, a radical new kind of time asymmetry was discovered. This new time asymmetry did not depend on initial conditions. It was built right into the laws of physics themselves. And it came as an incredible surprise to physicists when it was first discovered by Cronin and Fitch in 1964. Leading theories were overturned. Nobel prizes were awarded. The phenomenon was recorded in the textbooks, and came to be referred to as T-violation.

The curious case of T-violation

In particular, in 1964 there was no standard model. We did not understand the Hamiltonian or Lagrangian for these systems, which is what determines the precise form of the laws governing their motion. And yet, through some beautifully clever reasoning, experimentalists managed to show that the laws are T-violating.

So, what kinds of arguments made this possible? And how robust were those arguments? There were basically three kinds of answers.

In “Three merry roads to T-violation“, I argued that if you draw out the basic skeletal arguments, you see that there are three roads to T-violation currently being explored. Each makes use of a symmetry principle in order to establish that the laws of physics are T-violating. And each works even when we don’t have a very clear picture of the laws themselves.

But how robust are these principles? The standard model of particle physics will certainly be adjusted as physics continues to progress. Will the arguments for T-violation be lost when we proceed beyond the standard model? Or, are they robust enough to stay with us even as our theories change?

Ashtekar pointed out in his response that in fact Curie’s principle and Kabir’s principle are both surprisingly robust.

His approach introduced a helpful tool that he calls general mechanics. It is a framework that allows one to peel back much of the special structure of quantum theory that distinguishes it from other theories, and focus on a few core structures that are shared by many other theories as well. This includes many alternatives to the standard model.

What Ashtekar showed was that the first two roads to T-violation, Curie’s Principle and Kabir’s Principle, are valid even in the stripped-down framework of general mechanics. These principles rely on very little of the basic structures that characterise quantum theory:

And yet the core arguments that our world is T-violating are still correct.

What about the Wigner’s Principle approach? In my short comment on Ashtekar written after the conference, I showed that the it too is valid in general mechanics.